Conventional auto body dent repair relies on fillers to fix dents. Instead of addressing a dent, the filler covers it over so it can then be sanded and painted over. Paintless Dent Repair or PDR, directly addresses the dent in a way that does not require repainting. It a technique that shapes the metal back to its original structure and position. Dents, dings and creases are fixed using a special set of tools. This can include hand-held magnetic heat induction units, special dent pullers and repair tools that are designed to get behind a dent (or sometimes directly on it) to gently massage the metal back to its original shape. Special lighting and mirrors are used so the technician can get the best view of the dent and any shadows caused by the dent.

PDR is not only a technique but, it is an art. It takes many years for a technician to learn how to properly manipulate the automobiles metal back into shape without damaging the original integrity of the paint and clear coat. Therefore, it is important to deal with a reputable and experienced company. Many collision shops today will offer traditional repair for larger dents and PDR for smaller dents and dings.

The idea of PDR was discovered in February 1960 during the New York International Motor Sports Show by Oskar Flaig. Flaig oversaw the Mercedes’ show cars and was responsible for keeping them looking their best during the duration of the show. Small dents, dings and scratches produced by the public during the show were fixed at night and brought back to their showroom quality before opening the next day. During the show, Flaig used a hammer handle to get behind a dent in a car panel and was able to gently push it back out. The results were so good that no filler or paint was needed. This was the start of PDR.

After the show, Flaig returned home to Germany and started developing techniques and tools to repair dents. He was eventually promoted to foreman at the Mercedes Sindelfingen plant where he was known as the “golden tinsmith” and started PDR training programs at all branch plants. These techniques were used in Germany for a long time before finally being promoted as a successful way to repair dents in the United States in the 1980s.

Today, paintless dent removal has become the standard for removing hail damage or any other dings and dents where the OEM paint has remained intact. It is used worldwide by every automobile manufacturer.

Oskar Flaig retired from Mercedes in 1987 and died at the age of 90 in the Swabian town of Böblingen. 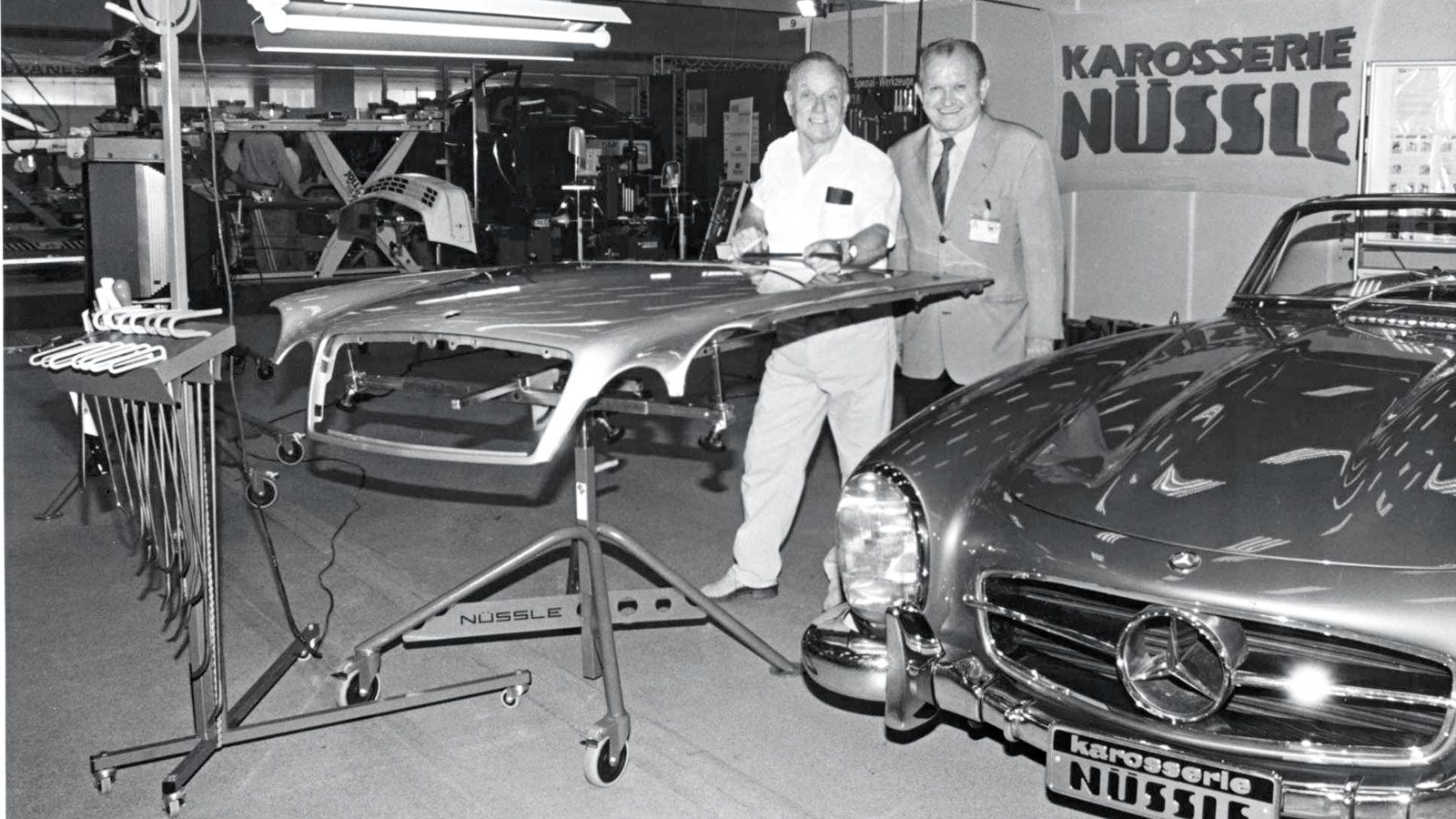 Why Is PDR Preferable to Traditional Auto Body Repair?

Paintless Dent Repair is recognized by vehicle manufacturers as an acceptable form of repair for hail, dents or ding repair since it maintains the integrity of the automobiles original finish. PDR can keep the integrity of your original factory paint and is a fraction of the cost of traditional auto dent repair. PDR is also a much quicker repair option. Most PDR can be finished in a day or two instead of weeks. No need to sand, fill and paint your car, possibly having a negative effect on your automobiles value.

PDR may not be practical for all repair situations. If the damage is extensive or there is damage done to the paint, conventional auto body dent repair may be the only option. An experienced repair facility will be able to inspect your vehicle damage and help choose the correct repair situation that is right for your situation.

Types of damage PDR MAY be able fix:

Types of damage PDR MAY NOT be able fix: 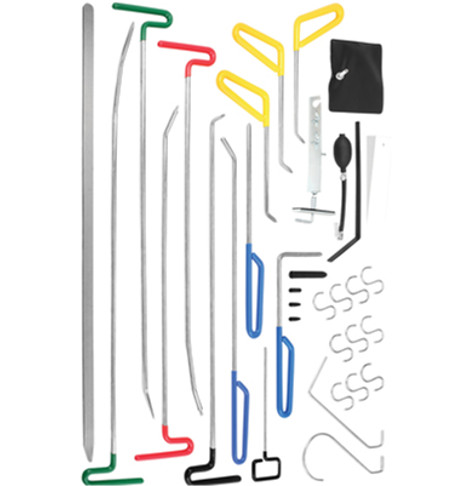 If you already have a relationship with a local car dealership, that may be a good starting point when looking for a PDR technician. Most car dealers have PDR companies they work with to repair any dings or dents in their fleet of vehicles. If the dealership trusts their work, then they are most likely a good choice. Simply ask a representative in the service department of the dealership. If you do not have a relationship with a local dealership, it may be worth a call to one that you know is reputable. Again, talk to someone in the service department. Alternatively, a quick search online should bring up several options. Keep in mind that a PDR technician is not limited to specific brands of vehicles. Any good PDR technician can work on any make or model of vehicle.

Regardless of how you find a PDR company, it is always good to do research. Check online reviews. Don’t just look at star ratings but read through some of the reviews. Reputable companies will stand behind their work. A good PDR company should offer some kind of written warranty on repairs made. This is something that should be asked about before any agreements are made.

We can handle any job, from dents & dings to extensive collision repair. Our network of collision specialists meets the highest standards and can help get your vehicle back on the road quickly while meeting manufacturer specifications.

Our repair network offers PDR and collision repair services including: